8 Ideas on How to Recycle Plastic Bags in Your Home 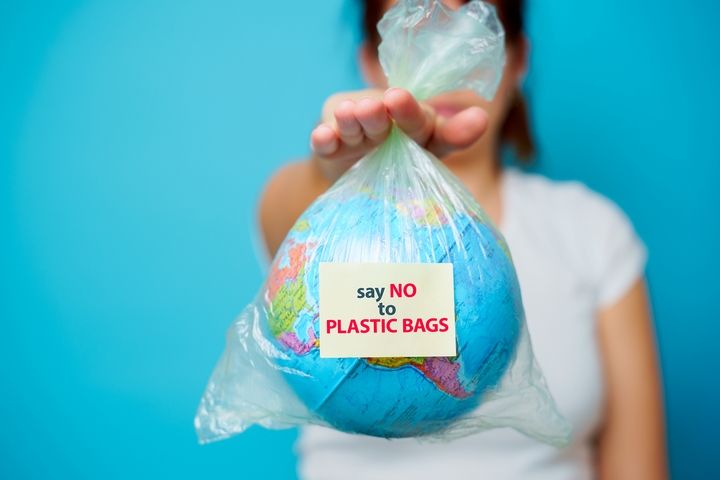 “The planet is fine,” George Carlin half-joked in one of his comedy specials. “The people,” he said, are screwed. The planet will just eventually absorb waste into its ecosystem, and we think a couple of plastic bags and cheeseburger containers on the road that make Native Americans tear up are going to make a difference? No, he continued, the planet will just reconstitute itself. We’re but a tiny blip on its ever-lasting radar. When we’re gone, the plastic will still be there, so what will the earth do? Make plastic a part of itself.

It’s a funny bit, and one wonders just how true it is, though no one will be alive to know – least of all Carlin, who also suggested digging up cemeteries and using bodies for fuel because, hey, if we’re talking about recycling, let’s get serious.

Even the hardest green environment leftist can see how funny George Carlin was – he essentially took Jonathan Swift’s brilliant “A Modest Proposal” – a satirical essay about eating the newborn in order to control overpopulation – and turned it into a great live comic routine. But still, rightfully, we struggle against the tide to reduce our hideous, Bigfoot-sized carbon footprint; the only difference being our footprint isn’t fake, no matter what cryptozoologists or the right wing claim.

How do you recycle the recycled? Typically, we put it in a plastic bag and leave it out for the people to wake us in the morning with their large trucks. There are, however, better ways. Here are eight ideas on how to recycle plastic bags in your home:

1. You Can’t Just Put Them In the Bin 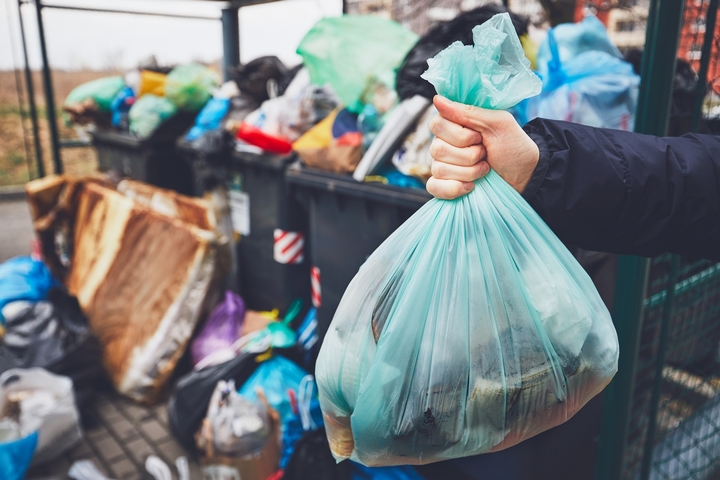 Your recycling bins and containers may be useful for many occasions. However, it may surprise you to know that a majority of the communities that are green-healthy don’t accept plastic bags in the recycle bin, primarily because they are ill-equipped to sort each one, ensure that the materials the bags once held are removed and put them back on the line.

Your best bet on how to recycle plastic bags is to dispose of them at the local grocery store, not your own can. There are better, safer and more convenient ways to reuse bags. 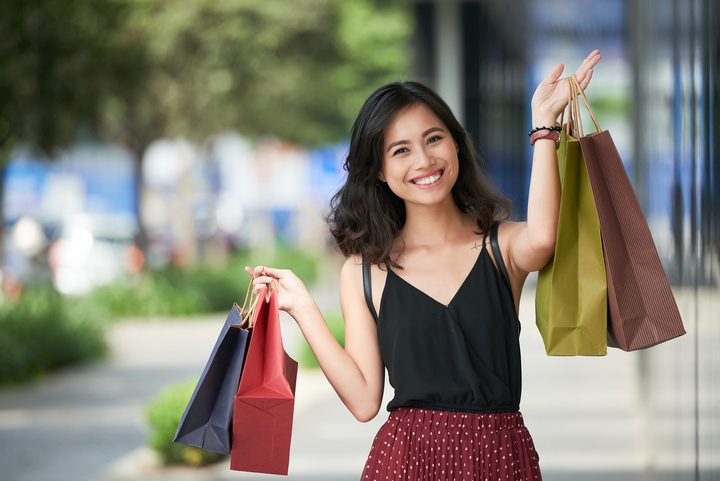 A lot of Canadian chains now charge you a bit extra for a plastic bag, assuming the ill-prepared shopped will not be able to carry their groceries and need to shell out an extra fifteen cents at the counter.

While most people now carry their own personal shopping bags, it doesn’t have to be that difficult. Simply save the bags you’re given at the store once and reuse them until they’re thoroughly worn out. 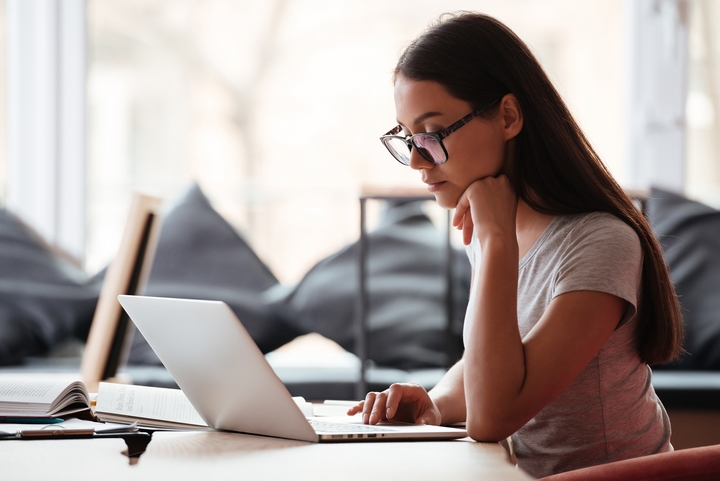 Canada is known for its green-friendly policies, but it varies from province to province. Your best bet, before disposing of a Ziploc or store-bought plastic bag, is to check your local laws and rules for just how and what they consider “recycling”. Oftentimes, even colour changes the rules of what kind of bag is to be disposed of, as it limits its use in reprocessing. 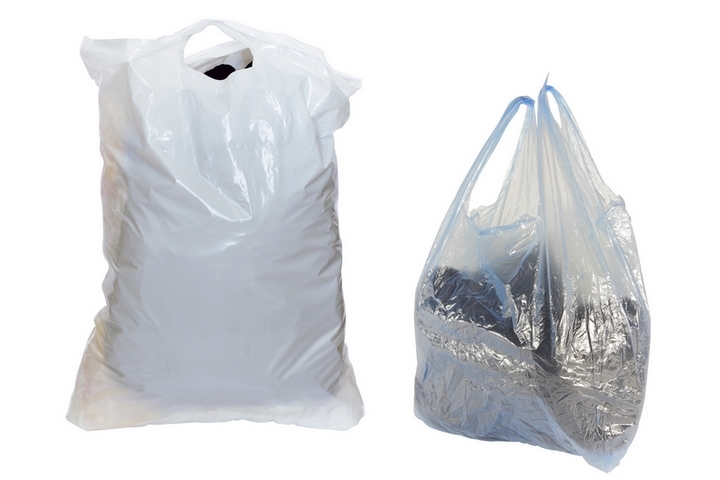 When it comes to how to recycle plastic bags, cleanliness is next to Green-liness. A dirty, soiled bag is likely to be rejected even at the most willing recycling centre, as it would be deemed unusable. So be sure to check for any debris before sending it off for prepossessing. Any receipts, gum or other such objects should be removed. 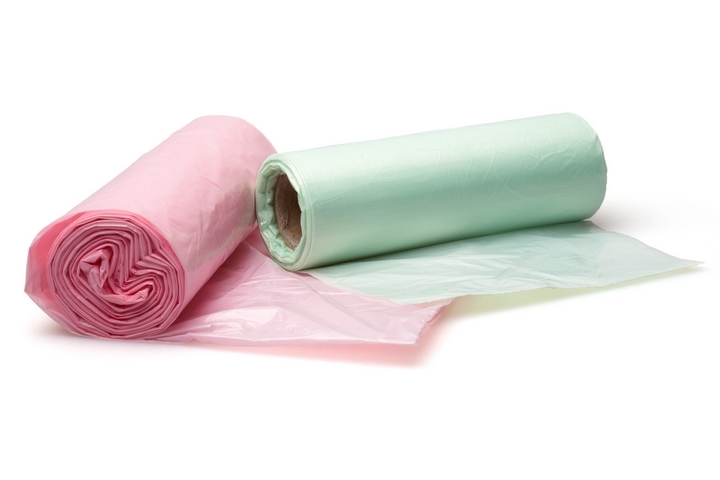 Plastic bags typically have a number 2 or number 4 inked on them. This will help you determine if the bag is recyclable or already made by recycled materials. If the bag has either number on the bottom, it’s best to use around the house for other purposes.

6. Collect In One Large Garbage Bag 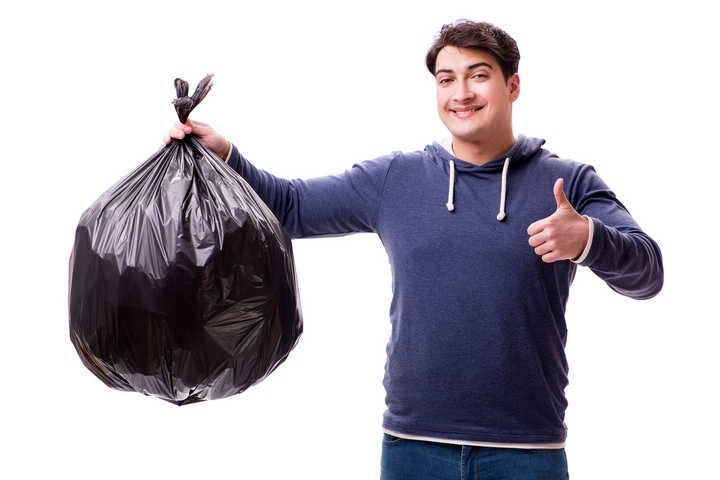 The average garbage bag can fit around 50 to 100 smaller plastic bags, if necessary. Scrunch the bags up tightly to conserve every available centimetre of space and fill up one each month, at least. Or, better still, just buy a grocery shopping bag, already. These days, it makes you look harried and lazy when the cash register attendant asks if you want a bag. Even the busboys give you a look. 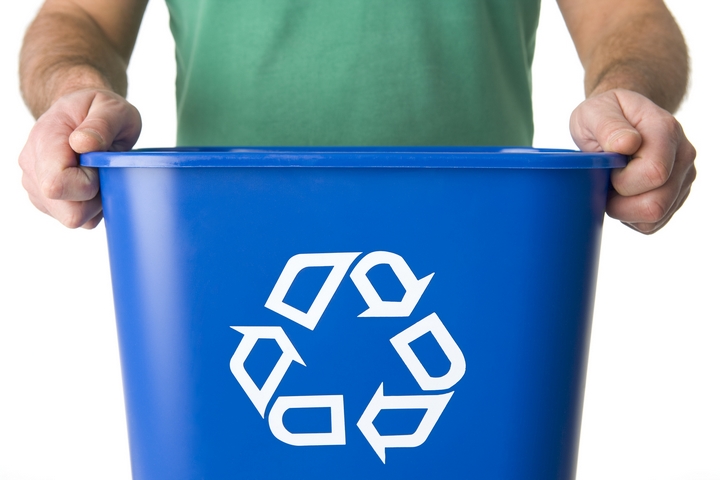 Most major store outlets – Target, Wal-Mart, Safeway to name a few – will have a bag collection bin near their exits or entryways. Once you’ve collected all your smaller bags into one large bag, it should be easy enough on your next shopping excursion to dump a bunch of them right in the bin, preserving both the state of your home and the environment. 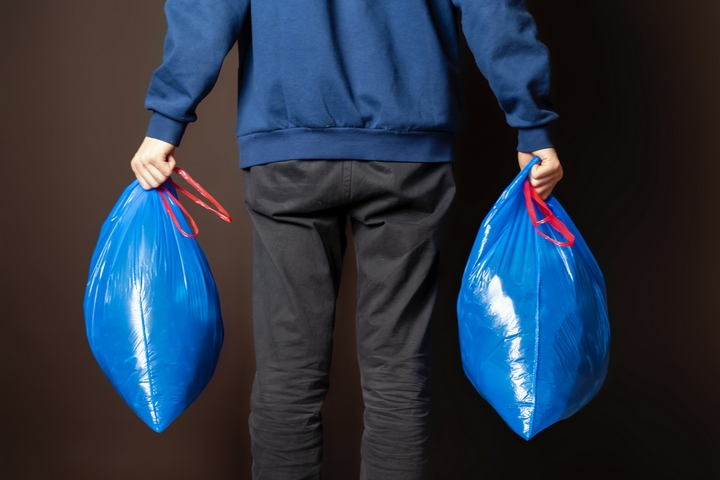 It’s a no-brainer to line your own garbage cans with plastic bags. Once they’re worn through, you can resort to other methods, but this is the most logical way to make good use of all that crinkly white paper floating around your home. 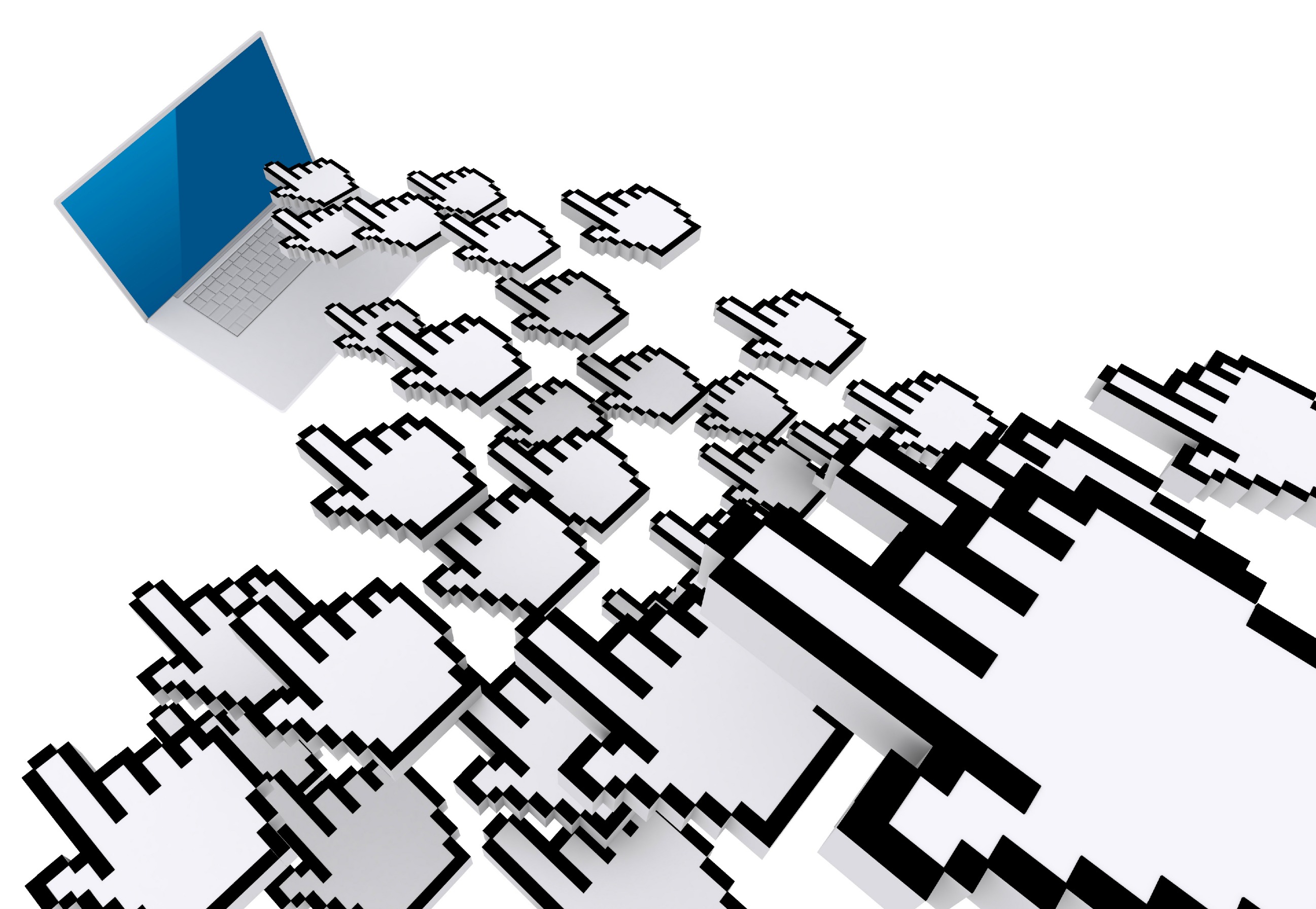 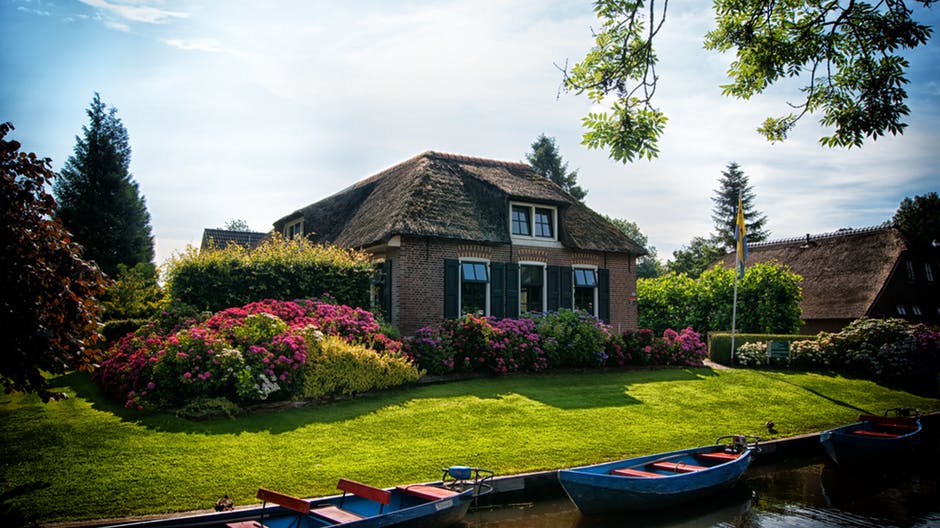 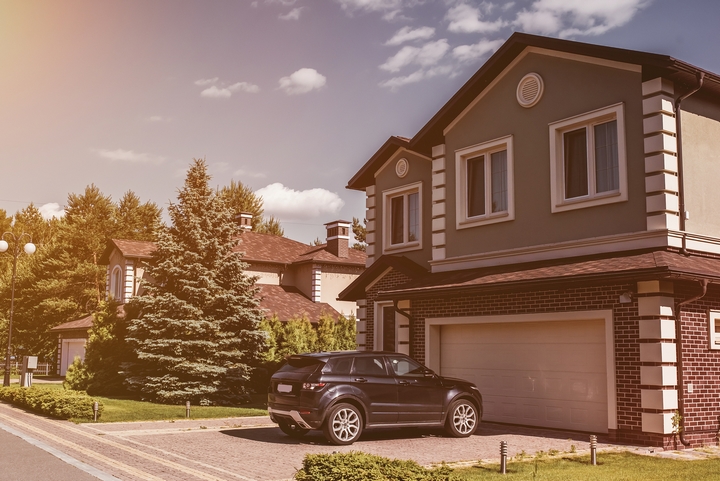 4 Fantastic Landscaping Ideas for Your Home 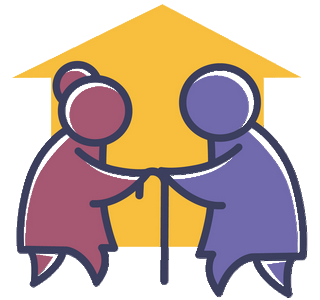 UR Home is a family & home improvement blog run by a married couple, Lisa and Cyrus. We want to offer home advice written from a his-and-her perspective. 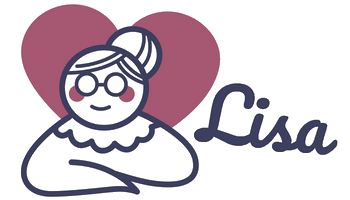 Lisa has over a decade of interior design experience. Her eye for style and furnishings is rival to none. Meanwhile, Cyrus is a construction expert and loves DIY projects around the home. 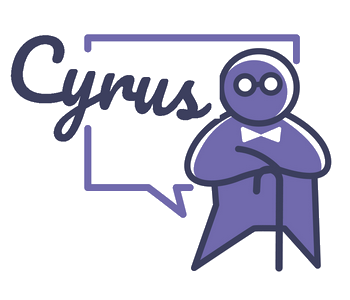 Together, Lisa and Cyrus hope to write lots of helpful DIY guides for their readers! From family recipes to parenting tips, you'll find a bit of everything at the U-R-Home blog. 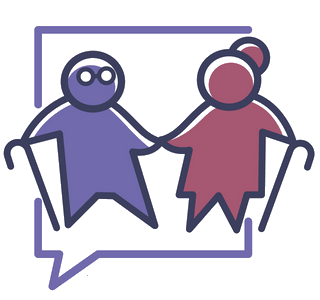 Lisa and Cyrus would love to hear from their readers. Please contact them if you have any questions, comments, or suggestions to improve the U-R-Home Blog. We will respond as soon as possible, thanks!